Prashant Pandit, Non-Executive Director from Ecoreco, a recycling company based in India, recently presented at BCF’s 3rd annual vehicle recycling online conference. He discussed the current situation in Indian vehicle recycling, the challenges they face and the opportunities available to the industry.

India is the fifth-largest economy today and is expected to be the second-biggest economy by 2050. Currently, India is the fourth-biggest consumer of passenger cars. After the COVID pandemic, the shift of factories from China is consolidating its position as the number two manufacturing hub for the automotive industry.

India’s automobile industry is worth around 65 billion dollars, which makes it the fourth-biggest consumer globally, and with the new policy to ban diesel and petrol cars, all auto brands can expect a jump of fourfold over the coming five years as more consumers look to purchasing an EV or HEV.

The current government is very active on creating a greener environment and has launched a new ELV policy which bans diesel and petrol vehicles of ten years or more; The implementation of this policy could result in pollution levels decreasing by almost 24 per cent.

Concerning recycling steel, Prashant said this would rise to six million tonnes per annum, as well as seeing a large increase in other metals, including copper, which is expected to increase to 150,000 metric tonnes every year. Although India is the third biggest producer of steel, it still needs to import one-third of its local steel requirements externally, but with the new policy in place, it will help to reduce the import volume.

There are many challenges in the auto recycling industry in India; one such challenge is the task of an organised recycler to source ELVs. With the dominance of the unorganised sector (as they are located in almost every major hub), for an organised recycler, to get a regular inflow of vehicles is a huge task. It needs to be managed very proactively.

At this time, the used parts industry is very dynamic. On average, brands such as Volvo, Toyota, Audi and BMW launch new vehicle models every 14 months, which means there is a revision of around 30% of the old models and this revision involves used parts. One of the biggest challenges will be to supply all spare parts from ELVs to the second-hand market because the demand is decreasing with more younger models of vehicles on the roads and older vehicles becoming fewer.

Another challenge that they face is increasing real estate costs. A high volume – low margin business makes it challenging from the cost point of view. As a recycler, it’s essential to be close to the city hub where there is a large consumer base, but the real estate cost near cities is skyrocketing. For example, in Mumbai, due to the growth in the real estate market, there has been a jump in real estate prices by almost ten times the amount in the last 15 years. Therefore, the cost of conducting business today, specifically a low margin business, is very challenging.

To have skilled staff is a challenge; vehicle recycling is not only labor-intensive, but the process of recycling a vehicle is extremely complicated; there are many parts to be recycled and many hazardous materials to be removed. Certain high-value parts need to be removed and if they are still serviceable, can be profitably sold. This process of removing high-value parts from the lower value vehicle body shell has traditionally been done manually – purely by hand, so training staff and then retaining them to do the laborious jobs is a mammoth task.

With technology in vehicles comes a need for recycling machinery. Traditionally, in India, vehicle dismantling has been done by hand, but with technological advances, it is necessary to improve productivity and quality, something which can only be achieved by the use of recycling equipment. But investment in these machines means it will have an impact on the recovery costs, which is already on the lower side.

The next challenge relates to carbon fiber, reinforced plastics (CFRP). At the last International Automobile Recycling Congress (IARC), held in Berlin, the focus was on new materials being used in today’s vehicles and how the increased amount of mixed-use plastics may pose challenges to recyclers and dismantlers for ELVs. The increased use of plastic and plastic composite includes carbon fibre, reinforced plastics (CFRP), and the goal is to make cars lighter and also more fuel-efficient. Though it is good for the industry, in terms of recycling recovery, it reduces the recovery value.

According to Prashant, this industry is full of opportunities. With India’s new car sales industry valued at 65 billion dollars and the expectation that it will grow by four times this in the next five years, the simple logic is if more new cars are sold, more ELVs will be recycled in volume.

Today, social media is prevalent – people like to show what they have, which is resulting in more spending power. Probably one of the positives of the digital age.

There is more demand for hybrid and electric vehicles. Rental car businesses such as Uber, play a big part in this demand, with a focus on low travel cost, petrol and diesel vehicles can’t serve this purpose. Therefore, volumes of hybrid and electric vehicles will increase over the next ten years, which means more petrol and diesel vehicles will be heading to the recycler’s yards. According to Prashant, it is likely that in the next three to four years, people will be trading in their petrol or diesel vehicles for EVs or hybrid which is driven by low travel costs and helping to improve the environment.

The European Union took the right step by linking ELVs to EPR (Extended Producers Responsibility). The manufacturer of a car is responsible for the recycling compliance of earlier sold vehicles and as per compliance, the manufacturer has to recycle a certain percentage every year or pay a considerable penalty. Therefore, the focus must be on the four R’s – Reduce, Reuse, Recycle, Recover to head towards a greener environment for future generations. 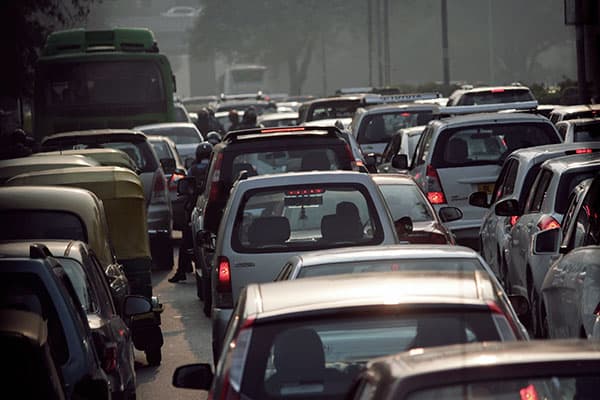 All governments around the world are putting focus on a greener environment, and the auto recycling industry can make a massive difference by implementing proper recycling methods.

In India, to be a recycler, they have compliant support. Drive from the government to enforce corporations to follow the guidelines. They offer support in terms of subsidies for small or medium enterprises.

In Prashant’s opinion, the US market is the most mature in the auto recycling industry. It generates over $32 billion a year, and other countries should adopt their model. If this model is replicated in an organised way, especially in developing countries, it is likely that more jobs will be created, something that is needed more than ever.

As a recycler himself, Prashant said that overall, in the auto recycling industry, in terms of challenges and opportunities, the latter far outweighs the former. The reason being is more focus is on green energy and the environment. We are moving toward an electric age. EVs and HEVs will be replacing diesel and petrol vehicles sooner rather than later.

“We are heading in the right direction for a greener environment for future generations”.

If you would like to find out more from Prashant, you can contact him via prashant@ecoreco.com or visit www.ecoreco.com

Ecoreco is the pioneer Recycling Company of India and the only publicly listed end of life recycling facility in the country designated as the first formal recycling company, authorised by the Pollution Control Boards of India. Ecoreco provides its services to Global & Indian MNCs, India’s large corporate houses, BFSI Companies, OEMs and other industries. Ecoreco’s shareholders include BCCL (The Times of India Group), NMD Japan and many other prominent corporate shareholders. 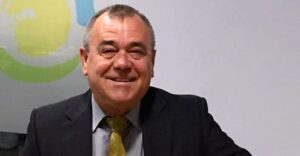 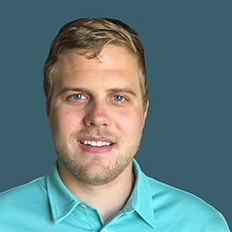