Research estimates that in India, the lithium-ion (Li-ion) battery market is expected to grow in the next five years with the annual recycling market expected to be around 22 – 23 GWh – a $1,000 million opportunity. 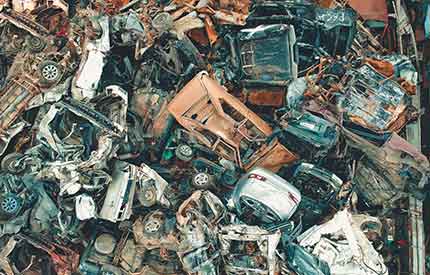 According to India Times, the number of Li-ion batteries available in the global market is set to increase which raises the question of battery waste disposal. Although electric vehicle (EV) batteries are not yet recycled at scale, managing this Li-ion battery waste through recycling is a necessity.

JMK Research estimates that the Li-ion battery market in India is expected to increase from 2.9 GWh in 2018 to about 132 GWh by 2030 at a CAGR of 35.5 percent. The increasing volume of Li-ion batteries would lead to a growing capacity of ‘spent’ batteries in the ecosystem.

The research estimates that the recycling market in India will start picking up from the year 2022 onwards when batteries presently in use in electric vehicles would reach their end of life.

The heavy reliance on imports of battery metals is one of the main reasons why India is still not a scale manufacturer of Li-ion batteries. To bring down the imports and make battery manufacturing sustainable it is necessary to invest early in large scale recycling infrastructure.

Also, the changing international and political relations with countries owning natural reserves of these key metals and raw materials and fluctuating prices of raw material in global markets could also impact the battery prices in India. An increase in the price of batteries could increase the already high cost of EVs and be a hindrance to the sale of EVs.

A number of Indian companies have already started looking at this lucrative opportunity and have either already established or announced plans to set up recycling operations.

MG Motor and Hyundai launched their electric cars – ZS EV and Kona Electric into the Indian market and already have institutional partners for battery waste disposal. MG partnered with Umicore, a lithium battery recycling solutions provider, for effective life cycle management of the batteries used in the e-ZS electric vehicle.

Mahindra Electric also had expressed its plans to enable EV battery recycling, in a method similar to the recycling of cell phone batteries, with the help of a supply partner.

The two most rational solutions for reusing and recycling used Li-ion batteries have been second life use and closed-loop recycling processes.

Li-ion batteries used in electric vehicles have a shelf life of less than ten years. After a 5 to 8 year usage period, the power generated by the batteries is not enough for an EV to achieve the desired range. Once the drop-in capacity is below 70-80 percent; they could still be used in other applications such as in households or energy backups while on the other hand, recycling of Li-ion batteries helps to recover the metals – cobalt, lithium, nickel, and others.

“The battery cells are assembled in modules which are then molded in battery packs. There are three steps involved in the recycling of batteries. In the first step, we have to discharge and dismantle the battery by taking out the cells which are then put in thermal treatment process for the electrolyte followed by a mechanical and chemical treatment process to get back lithium and other components.”

The seven principal components (cobalt, lithium, copper, graphite, nickel, aluminium, and manganese) constitute more than 90 percent of the total economic value of an ELV Li-ion battery and the present recycling processes can recover only 50 percent of this economic value.

However, companies like Fortum claim to have achieved a high recycling rate of 80 percent with a low-CO2 hydrometallurgical recycling process. REDUX is currently recycling nearly 500 tonnes of lithium-ion batteries but as the volume of EVs on roads continues to increase, there is a need to find recycling solutions for a mix of batteries and power tools coming from e-cars or e-bikes, emphasised Kuhlmann.

Who owns these batteries?

Defining who is the owner of these batteries is a challenge; is it the vehicle owner or the battery manufacturer? Kuhlmann said: “We need a big regulation in this regard which clearly tells this is my battery and I will return this back to the battery recycler.”

In China, new regulations now hold EV makers responsible for the recovery of batteries, requiring them to set up recycling channels and service outlets where old batteries can be collected, stored and transferred to recycling companies whereas in India, the recyclers continue to struggle even in the B2B segment, B2C would remain a distant reality at least for next few years.

In October 2019, the Indian Government announced that it is in the process of framing a recycling policy for Li-ion batteries under which tax sops are offered to recyclers. This policy also imposes liability on battery producers to collect used batteries under the Extended Producer responsibility (EPR) norms. The proposed policy is also expected to have incentives for companies setting up recycling facilities and make it incumbent on producers to collect used batteries.

The high cost of recycling is another hindrance. As per industry sources, the cost of recycling a Li-ion battery in India is about Rs 90-100/ kg. A Li-ion battery facility requires high investments in technology for collection, transportation and management of resources while the profile margins are low. It takes at least 5 years to recover costs and start booking profits.

The safety risks related to collection, transport and storage can be an issue with waste lithium batteries. According to Kapil Kumar, GM, Fortum: “The main challenge is to ensure safety throughout the whole battery recycling value chain, from collection to logistics and Safety during recycling treatment keeping all emission under control.”

One such model could be battery leasing wherein the battery is returned at the end of the lease period and the onus to repurpose and recycle lies with the manufacturer. Battery suppliers in India have already started selling with a buy-back option.