Proud to be a Recycler

Clint Wilson, Owner of Ideal Auto Wrecking Ltd, based in Canada and past chairman of B.C. Automotive Recyclers division of the ARA talks about his passion for auto recycling and his experience as a vehicle recycler in an ever-changing industry. 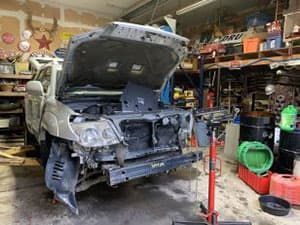 How many occupations can proclaim they save people’s money and the planet?

Twenty years ago, an auto recycler’s business greatly relied on customers coming to the wrecking yard on the weekends. “Saturday would be the day when dads came down with their kids and got a [spare] part to get their car going,” said Clint Wilson, owner of Ideal Auto Wrecking and past chairman of B.C. Automotive Recyclers division of the ARA.

In 1998, when he started his business in Chilliwack, British Columbia, auto recycling was a completely different industry. Its reputation was wrapped up in a stereotype of grease-and-dirt yards with rude staff. People would call them wreckers, not recognizing their role in the world’s recycling efforts.

Despite the negative image, Clint found automotive recycling was a match for him and, since then, has always strived to enhance the reputation of the industry. In his opinion, auto recycling represents the purest form of recycling as it reduces the need to manufacture new products.

Through the years, as vehicles became more complex, technology advanced, and society became more environmentally conscious, automotive recycling went through a major overhaul. As a result, recyclers have experienced rapid shifts affecting everything from their inventory acquisition to customer expectations.

Most of Ideal Auto Wrecking’s revenue comes nowadays from auto body shops that provide repairs for the Insurance Corporation of British Columbia (ICBC), as opposed to old times, when they sold mechanical components like steering pumps or axel shafts to customers coming to their yard.

Despite this change, Clint’s advice is not to rely on only one source of revenue. “You have to realize that ICBC and body shops aren’t your only way of how to make money,” he said. “We still, of course, cater to them and sell parts for their claims but unless it is absolutely perfect, they don’t want any of them.”

The automotive market is currently flooded by cheap aftermarket parts from Asia and that is what, according to Clint, hurts the industry. “A lot of things get really cheap and a lot of people don’t fix certain things anymore either,” said Clint. “It is tough for us. We have to watch that we don’t price ourselves out of the market.”

In order to stay profitable and not get left behind, Clint learned where the money is and how to predict trends that would benefit his business. This includes knowing which vehicles make money and which do not and are thus inefficient to have in the yard. “Typically the commuter cars—Pontiac Sunfires, Toyota Corollas, Honda Civics—are stamped like disposable cars. You drive them until they fall in half and you get another one.” 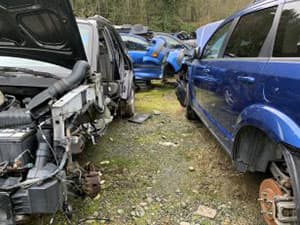 Currently, Clint sees potential in diesel trucks because of their overall value. “You pay more [to acquire them] but you make more.” Another potentially profitable group of vehicles sees Clint in high-end and speciality vehicles—“Somebody is going to pay the money for the part because not many people have it.”

The four-acre yard of Ideal Auto Wrecking in Chilliwack displays mostly late models of vehicles. “We try not to go back into the 1980s and 90s,” Clint said. Acquired vehicles are environmentally processed and before being placed in the yard, they are relieved from all hazardous parts and completely drained from all fluids to prevent any groundwater contamination.

Every usable part is then inspected and added to a computerized database that repair shops can order from. Additionally, auto recyclers guarantee that the unusable portion of the vehicle is recycled in an environmentally-safe manner.

For many years, Clint’s business has been adhering to the high standards of modern auto recycling process through the ARA’s auto recycler’s certification program. However, despite the dedication and environmental efforts of recyclers like Clint, the industry is still challenged to prove to the public and industry stakeholders that recycled parts are not only an environmentally-responsible alternative to new OEM parts, they are also a more affordable alternative as the overall cost of repairs is radically increasing due to high technology.

Irrespective of this, Clint is optimistic about the future of auto recycling. His business demonstrates that embracing changes brings success and that is what he advises to others—keep up with the industry evolvement. “I have got my thumb on the pulse and when things change I really try to change with it,” he said.

Auto recycling is more than just a job for Clint, it is a part of his lifestyle. “I do what I love, which is working with cars, recycling, helping the planet.” His passion for cars is noticeable not only in his yard but also in his shop, where he proudly exhibits a fraction of his antique toy car collection. His collector’s interest is, however, not limited to transportation artefacts, nor is it limited to his wrecking yard. From his yard and shop to his home, Clint has an expansive collection of treasures he’s found over the years.

In addition to his passion for collectables, Clint has an artist’s heart. He is a slam poetry champion, painter, musician, writer, and author of science-fiction books. He also started his own YouTube channel, where he plays bass solo. Recently, his band Fusionstein released their second album called Purple Pontiac, which ties into the TV show Rust Valley Restorers, which recently featured Clint and his restored 1966 Pontiac Parisienne. 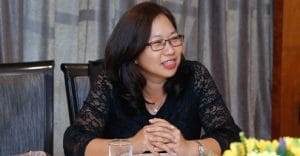 The role of MUVATA in the Auto Recycling Industry 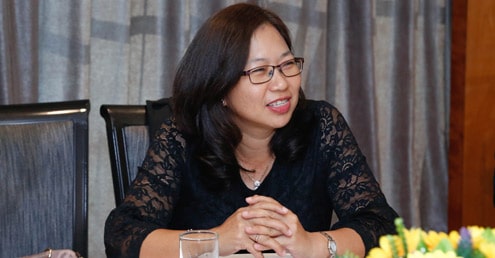 The role of MUVATA in the Auto Recycling Industry
ELVES sees a decrease in ELV volume in its recently published Annual Report for 2020
Save the date – EV recycling webinar launched
What is Black Mass in relation to recycling lithium batteries?
Vehicle recyclers, what’s your core packing process?
URG – The Challenge of Change, What New Normal?